These women were in their 60s, 70s, 80s, and 90s when they were honored in 1986. How precious to have them together at the Ambassador Hotel that International Women's Day!

Posted by Jeannie Gayle Pool at 7:35 PM No comments: 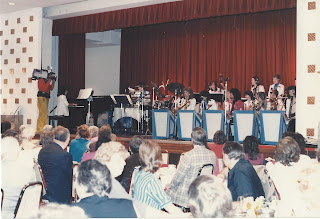 Posted by Jeannie Gayle Pool at 12:53 PM No comments: